Scroll down to see update on this page and new upload

Below are my scores in PDF format 点擊以下藍框形象看樂譜

The score in PDF format, and a recording preceded by narration are as follows: 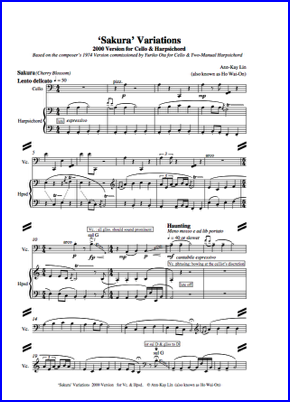 Scores for the 12 acts of “Song & Dance of a Cancer Survivor”: See “Creative PhD” page, click "Thesis in PDF format" and go to Chapter 5 (PDF file from p.229 , i.e. thesis p.213 ).  An example of the music Revolving Clockwork Figures is on this page.

A music video of this work is on the

Impression of a Chinese Opera aka Farewell My Beloved

It is written for solo B♭ clarinet but can also be played by any of the family.

The (updated) score in PDF format as follows. I suggest printing this at A3 or B4 size for use in performance.

This piece is very typical of the influence by my childhood memory of Chinese opera. In fact, it is inspired by a well known opera called The Conqueror Bade His Concubine Farewell. In the West it is known as Farewell My Beloved.

For the story of this piece see pp.31-37 of my "Music is Happiness" book. On that webpage you will find an interesting comment of this work by Albert Tang

The score in PDF format as follows:

A recording will be uploaded later.  Meanwhile, listen to to a midi playback of the score:

" Providing the segue to Revolving Clockwork Figures. You do this well. If you’ve seen Fellini’s Casanova you can hardly not recall the sequence of Casanova having or attempting to have sex with the clockwork toy woman, which is what I saw when I listened to your music. Ah, the gift of free association! Where would we be without it? "

Click to see John David Morley's comments on the music of some of the other acts.

Music for Song & Dance of a Cancer Survivor (current project) Act 3. See the words that go with this music on the Act 3 page.

N.B. Though the music can be played as it is, I allow modifications by others.  This derives from the concept of Cantonese opera which is the art of performers' re-creation of existing music.  See Creative PhD page for more info.

Full score and parts in PDF format, and a recording preceded by narration are as follows:

Full score and parts in PDF format, and a recording preceded by narration are as follows:

The poem preceding the music was specially written by one of my cancer consultants, Dr. David Tong of Guy's and St. Thomas' Hospital. 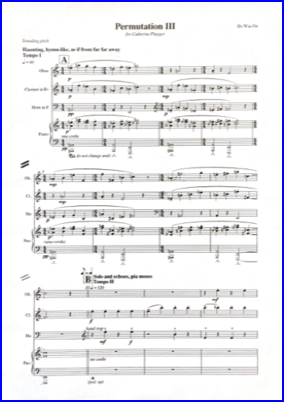 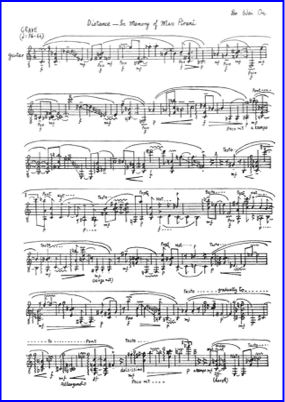 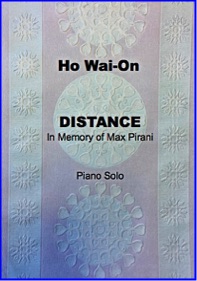 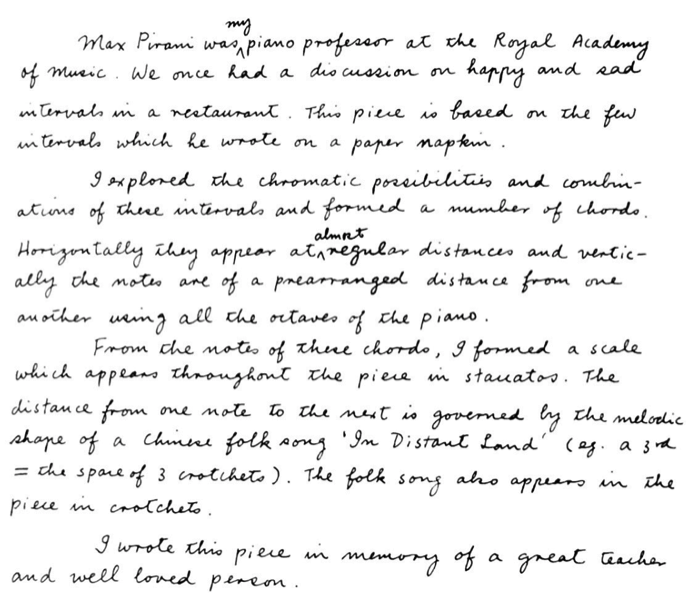 Scores of guitar and piano versions in PDF format, along with a recording of the guitar version played by William Waters at the Wigmore Hall London are below, together with its original introduction.

The score in PDF format as follows:

The score has three staves and can be played by one player. As the piece is technically easy it can also be played by beginners as a game, for example with piano and violin beginners sharing the score.

I have written many versions for various pianists, I think the following live recording might be the very first version, which was written for Vivien Choi who performed it in Hong Kong City Hall.

The score in PDF format may be a later and abridged version of the recording. 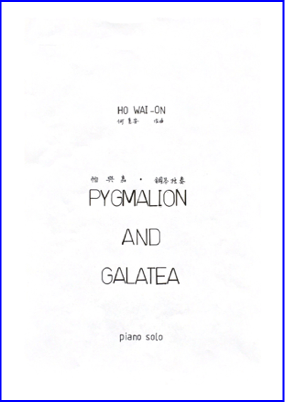 I will gradually upload the other versions. 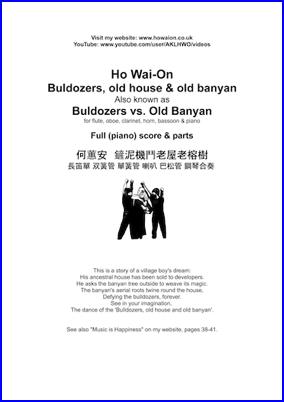 If it is narrated it can be by the clarinettist (optional: using key snaps ad lib as percussion to accompany own narration).

Philip Edwards played and narrated in his performance of this piece at London's Regent Hall. The late Jeffrey Elkan did the same in his Jerusalem performance.

The score in PDF format as follows.

After writing a piece for big band, I wrote this short and simple piece as an afterthought. This piece may be transposed down a tone if the player so wishes.

The clarinettist can also perform with a narrator who also plays simple percussion ad lib (e.g., using a chopstick to hit the music stand).

The following is a  recording of this piece with narration: 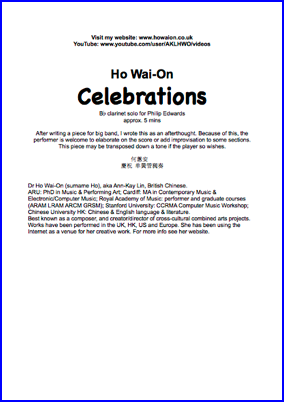 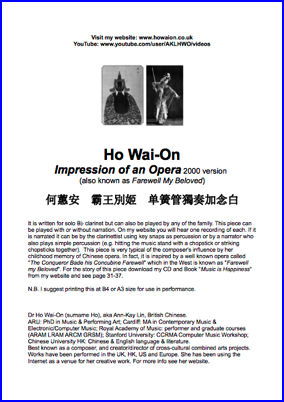